In the MIT News 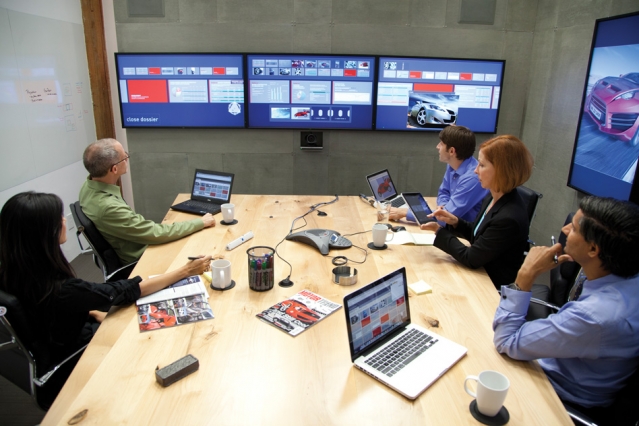 MIT News’ Rob Matheson did a deep dive on the Mezzanine platform for a recent piece, explaining how Oblong Industries brings gesture-control technology and the notion of “Infopresence” from the movie screen to corporate conference rooms.

Noted Rob, “The brain behind those Hollywood interfaces, MIT alumnus John Underkoffler ’88, SM ’91, PhD ’99—who served as scientific advisor for both films [Minority Report and Iron Man]—has been bringing a more practical version of that technology to conference rooms of Fortune 500 and other companies for the past year.”

He adds “Underkoffler’s company, Oblong Industries, has developed a platform called g-speak, based on MIT research, and a collaborative-conferencing system called Mezzanine that allows multiple users to simultaneously share and control digital content across multiple screens, from any device, using gesture control…The major benefit in such a system lies in boosting productivity during meetings. If you can make those meetings synthetically productive—not just times for people to check in, produce status reports, or check email surreptitiously under the table—that can be an electrifying force for the enterprise.”

Read the entire MIT News article here and schedule your own personal demo of Mezzanine at one of our ten locations.