AV Technologist of the Year at ISE 2019 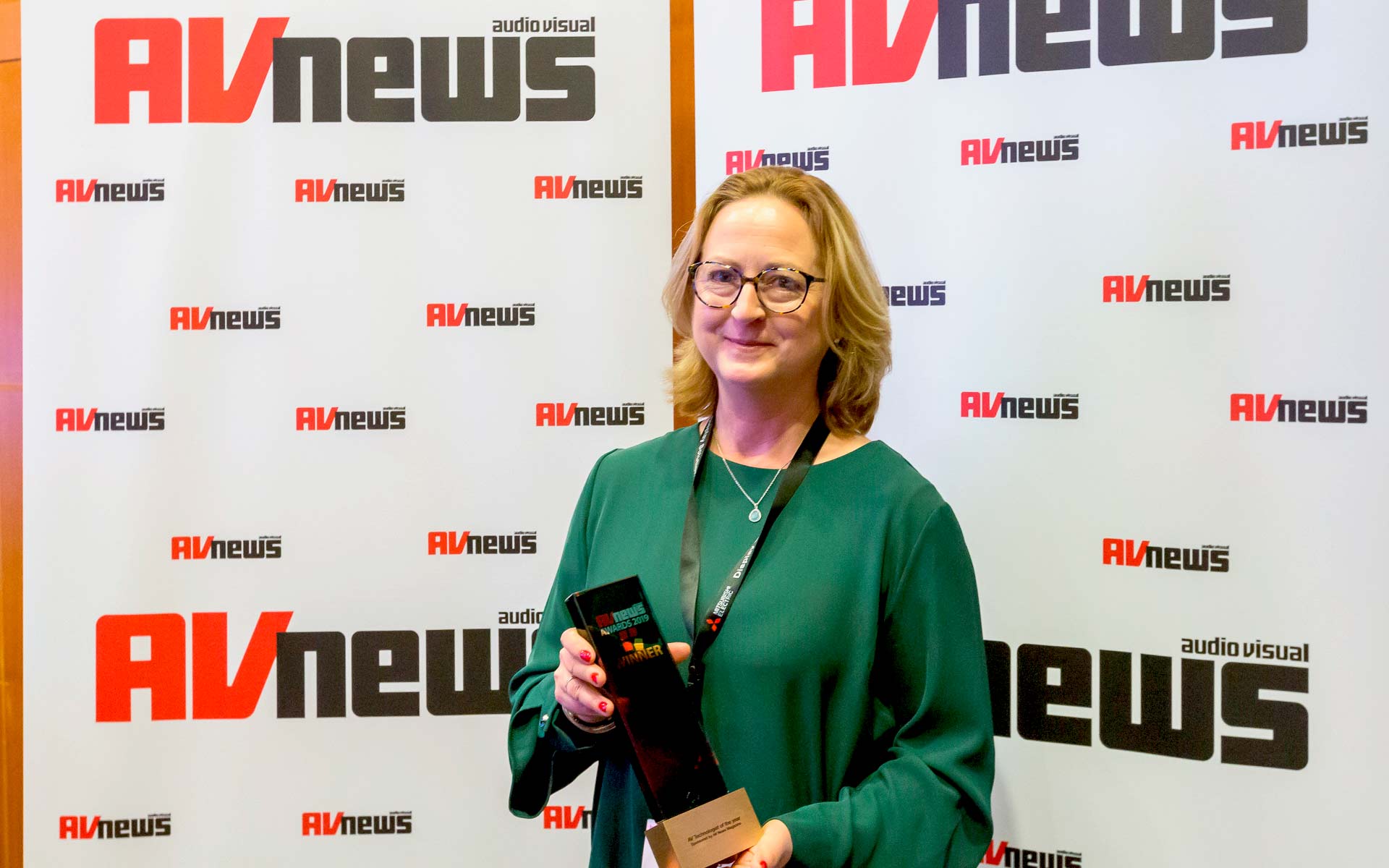 ISE 2019 got off to a terrific start as our founder and CEO received a prestigious honor on Day One of the event.

AV News named John Underkoffler “AV Technologist of the Year” for his pioneering work at the intersection of AV and IT for enterprise. Mezzanine™, Oblong’s flagship product for immersive visual communication, is a stellar example of his approach, which calls on a human-centered design process for the development of new technology solutions so that people find the best opportunity to be empowered, engaged, and enriched.  Our own Mary Ann de Lares Norris, VP EMEA, was on hand to accept the AVNews award. This was one of several highlights for us during the week and at this latest edition of Integrated Systems Europe, the world’s largest gathering of executives in AV.  During this same week, Wired UK released an 8-page feature story on John Underkoffler in the March edition, which is now available on newsstands. As soon as a link is available we'll share.

In other awards news, Oblong congratulates IBM Security on accolades received at ISE from InAVation for IBM’s X-Force Cyber Tactical Operations Center, named “Control Room of the Year” in association with our integration partners at Diversified. This mobile command center in a big rig (!) features a Mezzanine 600 Series solution at the core of the experience, and marks Oblong’s first deployment of its technology on wheels. C-TOC is touring Europe with its latest stop in Amsterdam, coincidentally the site of ISE 2019.

Also at ISE, Oblong announced an EMEA-wide strategic sales partnership with TIG. Technological Innovations Group (TIG) is the accomplished sales and marketing organization headed up by notable AV industry veteran Robin van Meeuwen. Says Robin, “As our business evolves to include the very best technologies for our EMEA customers, Oblong’s Mezzanine stands out as the most revolutionary product I’ve seen for a very long time. You have to see it to believe it.” TIG is setting up experience centers in Brussels, Oslo and Dubai to be operational in March where customers will be able to experience Mezzanine. Later in the year there will also be openings in London and Frankfurt. These centers will complement the Oblong offices and partner locations in more than a dozen cities in the EMEA region.

As announced previously, several product developments debuted at ISE 2019, including a new application for the Mezzanine Series of solutions. The Mezzanine app unites the features and functions of the Mezzanine Screencast app for screen sharing with the Mezzanine web interface for room, participant, and content control.  The Mezzanine app is one of several modes of control for a Mezzanine meeting and a complement to the proprietary wand device for gesture control of meetings and content streams. Additional product advancements include improved meeting security, an upgraded experience for standard VTC endpoints - which was demonstrated by VP Steve Vobbe in a meeting connection across the aisle to the Cisco stand - and enhancements to the optical tracking system to reduce installation time and also to better service display walls.

“What an amazing week this was,” remarks Mary Ann de Lares Norris, VP EMEA. Between all of the new product innovations we were able to share with our existing customers and partners, and all of the new introductions made via the announcement of the TIG strategic sales partnership, we had a remarkable show. The award wins and the Wired issue were the icing on the cake.”